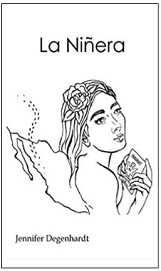 If being in the minority in a particular demographic isn’t demanding enough, Yamila discovers a family secret that threatens to derail the success she has encountered thus far at her competitive high school, even given the economic challenges confronted by her and her family. Experience the trials that Yamila faces in contrast to the seemingly carefree life of her best friend, Ashley, as the two characters illustrate their differences all while maintaining their relationship. La Niñera is a common story, but one rarely told in accessible Spanish. As a level-two reader, students of Spanish have access to rich vocabulary, a review of the present tense and an introduction to the past tenses in context through a story whose cultural content also presents topics worthy of discussion.